Ooguri is a member of the Aspen Center for Physics and is on the advisory board of the International Solvay Institute in Brussels and the Banff International Science Station.

Theoretical physics has a beauty particularly appreciated by those highly adept in mathematics. One of those who does grasp the beauty and wonder of the quantum world -- and seeks to explain it to the rest of us -- is Hirosi Ooguri, the Fred Kavli Professor of Theoretical Physics at the California Institute of Technology.

Ooguri is a theorist whose work bridges the disciplines of quantum physics and pure math. His teaching is equally wide-ranging, from audiences of graduate students and fellow specialists to high-school students and the general public. In the scientific arena, he develops the mathematical tools to further understanding of the fundamental laws of nature. On the wider stage, he is trying to get as many people as possible to share what he calls the “excitement in science.” 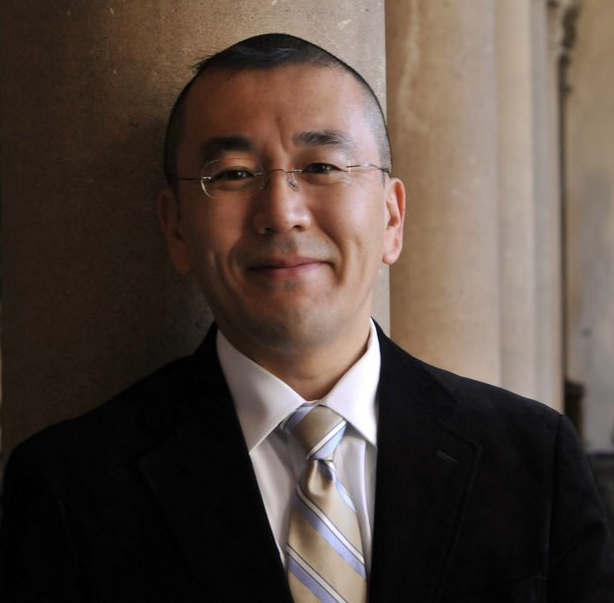 Theoretical physics has a beauty particularly appreciated by those highly adept in mathematics. One of those who does grasp the beauty and wonder of the quantum world -- and seeks to explain it to the rest of us -- is Hirosi Ooguri, the Fred Kavli Professor of Theoretical Physics at the California Institute of Technology.

Ooguri is a theorist whose work bridges the disciplines of quantum physics and pure math. His teaching is equally wide-ranging, from audiences of graduate students and fellow specialists to high-school students and the general public. In the scientific arena, he develops the mathematical tools to further understanding of the fundamental laws of nature. On the wider stage, he is trying to get as many people as possible to share what he calls the “excitement in science.”

For him, that excitement springs in part from the sheer magnitude of things. Like other physicists seeking a common ground between the theory of the very large (general relativity), and the very small (quantum mechanics), Ooguri has every speck of the universe in his mind’s eye. “If you look at nature, there are two endpoints on the length scale,” he says, and they are unimaginably far apart. They range from the Planck length, the smallest meaningful measure of distance (1020 of these make up the diameter of a proton), to the size of the visible universe, about 5.4 x 1061 Planck lengths. That’s 54 followed by 60 zeroes.

The Promise of String Theory

Ooguri seems even more amazed by the power of science to comprehend matter over such a vast range. He sees a single theory emerging that he hopes will explain the behavior of nature at both points of the length scale equally well. This is string theory, a framework for understanding the qualities of elementary particles such as quarks and electrons. (The “strings” are posited one-dimensional lines that oscillate in distinct patterns that define the different particles).

Some call this the potential “theory of everything.” Ooguri does not like that term, noting that even string theory doesn’t purport to explain every phenomenon known to man. But it does hold the potential to reveal the single force behind the four known forces (electromagnetism and gravity as well as the strong force and weak forces within atoms). And it may reconcile the differences between general relativity and quantum mechanics. “The fact that we as humans can understand the fundamental laws of nature this far, and we have good candidates for theories that explain this wide range of phenomena, that’s amazing,” he says. “It tells us how far humans have come. It makes me quite proud to be human.”

Ooguri has been thinking about the fundamental laws of nature for a long time – since before his university days. And his thought has a strong mathematical bent. “Even though he’s a theoretical physicist, his work is breaking new ground in mathematics,” says John Schwarz, a fellow physicist at Caltech and string theory pioneer, who has called Ooguri one of the leading theoretical physicists in the world. Ooguri “has contributed to many different aspects” of string theory, adds Schwarz, who points in particular to Ooguri’s work on the development of topological string theory. This is a new toolkit in geometry that helps link the challenging math of string theory – played out in six higher dimensions – to what can be seen in the four observable dimensions of space and time. Schwarz describes it as “some kind of approximation to the real string theory that we think will describe what we will see in nature.” To put it another way, Ooguri is helping to boil down the daunting 10-dimensional complexity of string theory to something that the human brain – at least a theoretical physicist’s brain – can get around.

Ooguri has used topological string theory most notably to untangle the riddles of black holes.

Black holes play a key role in theoretical physics because they present an extreme environment where matter and energy do not behave in their usual ways.  Formed by the collapse of large stars, they compress so much mass into such a small area that their gravitational field does not allow light to escape past a boundary known as the “event horizon.” What happens behind that horizon is unobservable. No information leaves a black hole. Not only that, but the laws of general relativity suggest that information entering a black hole simply ceases to exist, with different physical states converted into the same black-hole state characterized only by its mass and angular momentum.

Yet physicists Stephen Hawking and Jacob Bekenstein showed in the 1970s that black holes act like other objects governed by the laws of thermodynamics. That is, they should have heat along with entropy, which increases randomness as temperature rises. But with all physical information eliminated it – that is, with everything reduced to a single state – a black hole should not be able to produce so many possible different states. 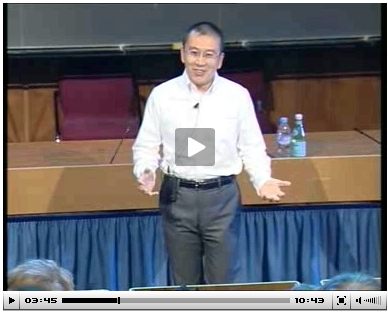 This so-called “black hole information paradox,” if true, means something has to go – either general relativity or the rule of causality. Either information survives in the black hole, in apparent defiance of general relativity, or nature is violating a basic principle of science – the rule, as Ooguri explains, “if you know an initial condition and the laws of nature, you can deduce what will happen or what happened in the past.” If you believe in causality, then the entropy of a black hole has to have been caused by some information that somehow survived its passage through the event horizon. But how?

Ooguri and others have sought to solve the riddle by proposing that the chain of causation behind black hole radiation and entropy can be located at a level of matter even more basic than the elementary particles. In other words, they have turned to string theory. It’s like the burning of a book, Ooguri says. “When you have a book and burn it, apparently you lose information. But if you keep track of everything, you find that it contains the information of the book in a very subtle way.” By retracing the paths of each molecule of paper and ink that went through the blaze, one could conceivably reconstruct the pages. In a similar way, physicists might be able to explain how information is conserved in a black hole by retracing the activity of every particle just outside the event horizon. But this is hugely more complex than piecing a burned book back together. Understanding how the information is encoded requires the ability to think in at least 10 dimensions -- the four that we perceive, plus the six dimensions believed by string theorists to be curled up tightly to create the elaborate structures of elementary particles.

Ooguri and two collaborators, Andrew Strominger and Cumrun Vafa of Harvard University, applied topological string theory to the phenomenon of black hole entropy in a 2004 paper “Black Hole Attractors and the Topological String.” That work won them the American Mathematical Society’s first Leonard Eisenbud Prize for Mathematics and Physics in 2008. The AMS praised the paper as a “beautiful and highly unexpected proposal.”

To a physicist, “beautiful” only gets you halfway there. No matter how elegant a theory may be in the mathematical realm, the physical sciences cannot be satisfied until it is somehow verified through observation or experiment. This is a tall order with string theory, which is played out in realm too small to be observed with existing instruments. Ooguri says the Large Hadron Collider, now being readied for operation in Switzerland, has enough energy to probe dimensions measured in billionths of billionths of a meter. But even that is not small enough to observe matter at the scale where some version of string theory can be shown to resolve the contradictions if the two cardinal theories of physics, general relativity and quantum mechanics.

Like many others, Ooguri believes that increasingly precise observation of the radiation left behind by the early universe is most likely to provide the needed evidence. In the meantime, he says, it is crucial to hone the theory so that it is precise enough to be subjected to a meaningful test. He puts the question this way: “Have we understood string theory well enough in theoretical form that we can say that, if you discover X, then the theory won’t apply?”

As a theorist, Ooguri works at a level that few of its peers can match and few non-specialists can start to understand. As a teacher and lecturer, he welcomes the challenge of explaining his science to a broader audience. His venues range from graduate and undergraduate courses at Caltech to what he calls “popular talks” for Caltech alumni and lectures for high school students and teacher, both in the U.S. and Japan. He continues to find listeners who are much like he was as a young man: “There is always some fraction of bright young students who are interested in fundamental questions -- why we are here and [how the] fundamental laws of nature made it possible for us to be here.”

It’s not easy to “bridge the gap between mathematics and natural languages,” Ooguri says, but “it’s fun to do, though sometimes it’s frustrating because you can’t fully convey the true beauty of nature. You need mathematics to do that.” What can be conveyed, he says, is the ability of science to unlock nature’s secrets: “I would like to convey that to as many people as possible, especially, the power of science to understand.”