NEUROSCIENCE IN THE 21st CENTURY
Webcast live after the briefing, a symposium on the future of neuroscience and BRAIN Initiative with some of the nation’s top neuroscientists, as well as leaders from key federal funding agencies.

WATCH THE REPLAY OF A BIPARTISAN BRIEFING from Capitol Hill on a new $100-million commitment by The Kavli Foundation and its university partners to support brain research, plus an update on the BRAIN Initiative. This webcast was recorded live but is now viewable above in an archived format.

This briefing provided details about the new funding and the launch of three new Kavli neuroscience institutes at Johns Hopkins University, The Rockefeller University and the University of California, San Francisco. (Read Press Release) Discussion was broadly focused on the BRAIN Initiative and on the future of neuroscience moderated by Alan Leshner, CEO Emeritus of the American Association for the Advancement of Science. Joining the discussion were be leaders from the United States Congress, White House Office of Science and Technology Policy, the National Institutes of Health, and the National Science Foundation.

An opinion piece by Robert W. Conn, President and CEO, The Kavli Foundation on the importance of philanthropy, business, and the federal government to make a sustained commitment to this endeavor. Published October 1, 2015 in The Chronicle of Philanthropy.

The BRAIN (Brain Research through Advancing Innovative Neurotechnologies) Initiative, launched in April 2013, works across government and the private sector in an effort to revolutionize the understanding of the human brain and support the development and application of innovative technologies to create a dynamic understanding of brain function. Ultimately, the BRAIN Initiative aims to help researchers uncover the mysteries of brain disorders, such as Alzheimer’s and Parkinson’s diseases, depression, and traumatic brain injury (TBI).

The Kavli Foundation, which was instrumental to the development of the BRAIN Initiative, supports research to understand the brain — the most complex and advanced product of nature. Through the seven Kavli Neuroscience Institutes, scientists seek to deepen our understanding of the brain, to answer fundamental questions about who we are, how we behave, and what is consciousness, and to provide knowledge for addressing debilitating diseases and conditions.

Congressman Chaka Fattah is a senior member of the House Appropriations Committee, the committee responsible for setting spending priorities for over $1 trillion in annual discretionary funds. Congressman Fattah serves on three subcommittees: the Subcommitee on Commerce, Justice, Science and related agencies (CJS), the Subcommittee on Labor, Health and Human Services, Education, and related agencies, and the Subcommittee on Financial Services and General Government. Fattah is also Chair of the Congressional Urban Caucus, a bipartisan group of Members representing America's metropolitan centers. These Members work collaboratively with other stakeholders to address the unique challenges facing America's urban communities.

Congressman Andy Harris is the U.S. Representative for Maryland's 1st congressional district. He serves on the Committee on Appropriations and his previous committee memberships include the Committee on Science, Space, and Technology.  Congressman Harris received his M.D. from Johns Hopkins University. He has been an associate professor of anesthesiology and critical care medicine, and chief of obstetric anesthesiology at the Johns Hopkins Hospital. He would also establish and command the Johns Hopkins Medical Naval Reserve Unit.

Congresswoman Carolyn Maloney is the U.S. Representative for New York's 12th congressional district. First elected to Congress in 1992, Carolyn B. Maloney is recognized as a national leader with extensive accomplishments on financial services, national security, the economy, and women’s issues. She is a senior member of both the House Financial Services Committee and the House Oversight and Government Reform Committee, Vice-Chair of the House Democrats' Steering and Policy Committee, and immediate past Chair of the Joint Economic Committee.

Senator Barbara Mikulski has served as United States Senator from Maryland since 1987. A member United States House of Representatives from 1977 to 1987, she is the longest-serving woman in the history of the United States Congress. In 2012, Mikulski became the first woman to chair the Senate Appropriations Committee in 2012 and after control of the chamber changed political parties, has served as the ranking Democratic member on the committee. In March, Sen. Mikulski announced that she would retire from the Senate at the end of her current term. 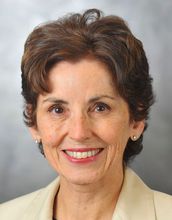 France A. Córdova, PhD, Director of the National Science Foundation

Dr. Insel has led the National Institute of Mental Health (NIMH), the arm of the National Institutes of Health charged with generating the knowledge to understand, treat, and prevent mental disorders, for 13 years. He holds a BA-MD degree from Boston University. Prior to his appointment at NIMH, Dr. Insel was Professor of Psychiatry at Emory University, where he studied the neurobiology of complex social behaviors and led a center focused on behavioral neuroscience.

Prior to joining OSTP, Mr. Kalil was Special Assistant to the Chancellor for Science and Technology at the University of California, Berkeley. During the Clinton Administration, he served as the Deputy Assistant to President Clinton for Technology and Economic Policy, and Deputy Director of the White House National Economic Council. He led a number of White House technology initiatives, such as the National Nanotechnology Initiative and the Next Generation Internet.

Mr. Hankin is Chairman of the Board of Semtech Corporation, an analog semiconductor company (Nasdaq) and Chairman of the Board of The Kavli Foundation. Mr. Hankin has been Chairman or a Board member of seven other listed companies and eleven private companies, as well as other charitable organizations.  He has taught courses in business and law at UNC (Charlotte), UCLA and USC Law School. Currently, Mr. Hankin is an Executive in Residence at the McColl School of Business, Queens University of Charlotte.

Robert W. Conn joined The Kavli Foundation in 2009. He is also Zable Professor and Dean, Emeritus, of the Jacobs School of Engineering at UC San Diego. Dr. Conn is widely recognized for his academic achievements and leadership in education and research and for his experience in the private sector. He holds a PhD in Engineering Science from the California Institute of Technology, and was elected to the National Academy of Engineering for his research contributions to the fields of plasma physics and fusion energy.

Ronald J. Daniels is the 14th president of Johns Hopkins University (JHU) and a professor of political science. Since taking office in 2009, Mr. Daniels has focused his leadership on three overarching themes – enhanced interdisciplinary collaboration, individual excellence, and community engagement. Mr. Daniels’ research focuses on the intersections of law, economics, development, and public policy. Before coming to JHU, he was provost and professor of law at the University of Pennsylvania and dean and James M. Tory Professor of Law at the University of Toronto.

Richard Huganir is a professor and director of the Solomon H. Snyder Department of Neuroscience and Co-Director of the Johns Hopkins Medicine Brain Science Institute. His research has focused on synapses, the connections between nerve cells, in the brain. Dr. Huganir’s approach has been to study molecular and cellular mechanisms that regulate neurotransmitter receptors. He is a fellow of the American Association for the Advancement of Science, and a member of the American Academy of Arts and Sciences, the Institute of Medicine and the National Academy of Sciences.

Dr. Tessier-Lavigne is a world leader in the study of brain development. He pioneered the identification of the molecules that direct the formation of connections among nerve cells to establish neuronal circuits in the mammalian brain and spinal cord. He became The Rockefeller University’s 10th president in 2011. Prior to joining the university, In 2003, Dr. Tessier-Lavigne served as executive vice president and chief scientific officer of the biotech company Genentech.

Dr, Bargmann is Torsten N. Wiesel Professor and co-director of the Shelby White and Leon Levy Center for Mind, Brain and Behavior. She is an investigator at the Howard Hughes Medical Institute, and is a member of the National Academy of Sciences, the American Philosophical Society and the American Academy of Arts and Sciences. Her many honors include receiving the 2013 Breakthrough Award in Life Sciences, the 2012 Kavli Prize in Neuroscience, and the 2009 Richard Lounsbery Award from the U.S. and French National Academies of Sciences.

Dr. Yamamoto has been a faculty member at the University of California, San Francisco (UCSF) for more than 35 years, and is currently vice chancellor for research, executive vice dean of the school of medicine, and professor of cellular and molecular pharmacology. Throughout his career, Dr. Yamamoto’s research has focused on signaling and transcriptional regulation by nuclear receptors. He obtained his PhD from Princeton University.

Dr. Frank is a Howard Hughes Medical Institute Investigator who has received numerous awards for his scientific discoveries and his mentoring. His expertise spans neuroscience, statistics, engineering and computer science. His work has established that there are causal links between specific patterns of brain activity and the ability to learn and remember. Dr. Frank has been at the center of UCSF’s efforts to create links to the national laboratories, and his laboratory is pioneering new massively parallel recording systems in collaboration with Lawrence Livermore National Laboratory and new real-time decoding and intervention technology.

Alan I. Leshner, PhD, CEO Emeritus, the American Association for the Advancement of Science (AAAS)

Dr. Alan Leshner headed AAAS, the world's largest multi-disciplinary scientific and engineering society,  for 13 years. Before joining AAAS, Dr. Leshner served as Director of the National Institute on Drug Abuse (NIDA) and the Deputy Director and Acting Director of the National Institute of Mental Health.  He holds MS and PhD degrees in physiological psychology from Rutgers University.  He was appointed to the National Science Board by President Bush in 2004 and reappointed by President Obama in 2011.