A quantum internet may very well be the first quantum information technology to become reality. Researchers at QuTech in Delft, The Netherlands, today published a comprehensive guide towards this goal in Science. It describes six phases, starting with simple networks of qubits that could already enable secure quantum communications – a phase that could be reality in the near future. The development ends with networks of fully quantum-connected quantum computers. In each phase, new applications become available such as extremely accurate clock synchronization or integrating different telescopes on Earth in one virtual ‘supertelescope’. This work creates a common language that unites the highly interdisciplinary field of quantum networking towards achieving the dream of a world-wide quantum internet. 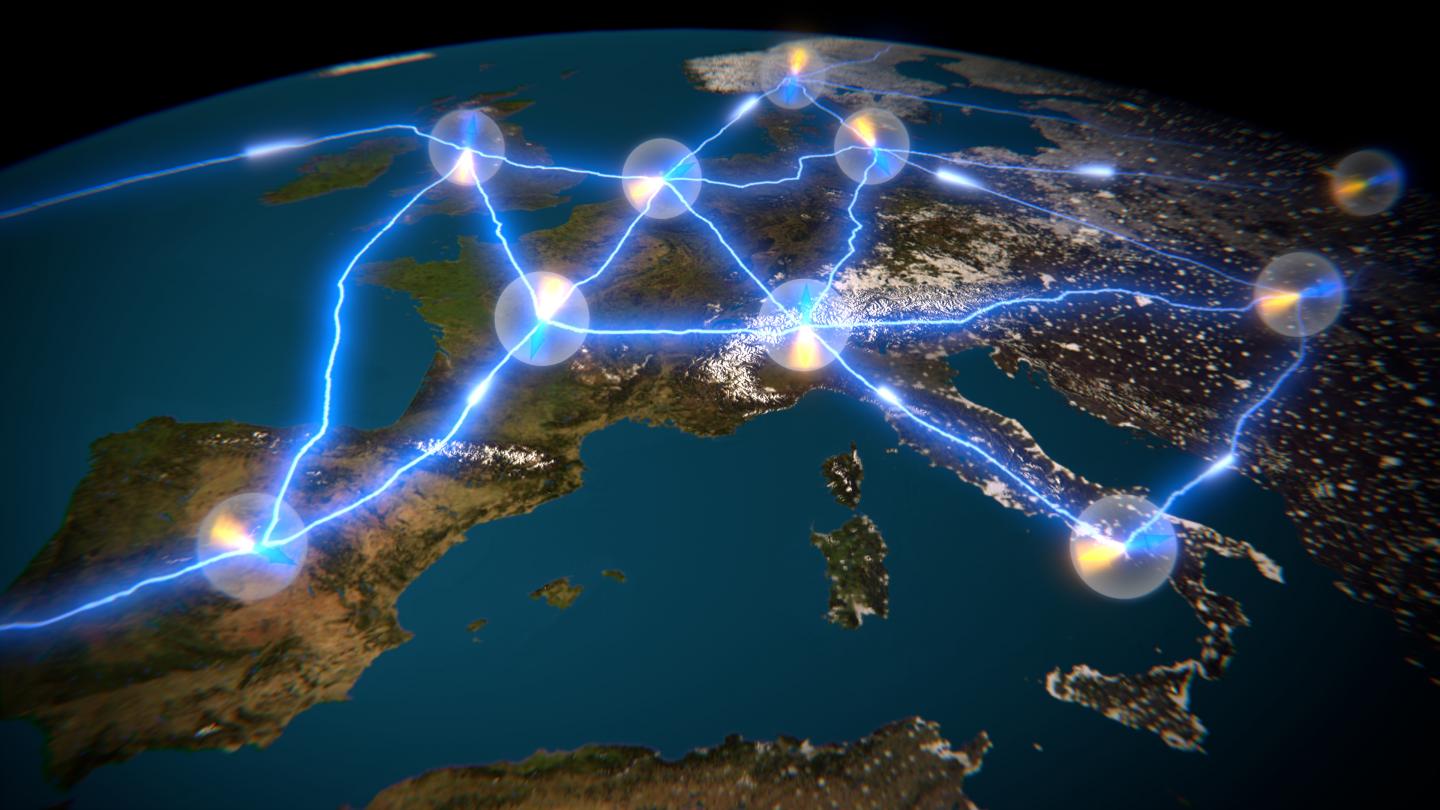 A quantum internet will revolutionize communication technology by exploiting phenomena from quantum physics, such as entanglement. Researchers are working on technology that enables the transmission of quantum bits between any two points on earth. Such quantum bits can be ‘0’ and ‘1’ at the same time, and can be ‘entangled’: their fates are merged in such a way that an operation on one of the qubits instantly affects the state of the other.

This brings two features which are provably out of reach for the Internet that we know today. The first is that entanglement allows improved coordination between distant sites. This makes it extremely suitable for tasks such as clock synchronization or the linking of distant telescopes to obtain better images. The second is that entanglement is inherently secure. If two quantum bits are maximally entangled, then nothing else in the universe can have any share in that entanglement. This feature makes entanglement uniquely suitable for applications that require security and privacy.

Many other applications of a quantum internet are already known, and more are likely to be discovered as the first networks come online. Researchers at QuTech, a collaboration between Delft University of Technology and the Netherlands organisation for applied scientific research TNO have now set forth stages of quantum internet development distinguished by technological capabilities and corresponding applications.

The lowest stage of a true quantum network – a prepare and measure network – allows the end-to-end delivery of quantum bits between any two network nodes, one quantum bit at a time. This is already sufficient to support many cryptographic applications of a quantum network. The highest stage is the long-term goal of connecting large quantum computers on which arbitrary quantum applications can be executed.

In addition to providing a guide to further development, the work sets challenges both to engineering efforts and to the development of applications. “On the one hand, we would like to build ever more advanced stages of such at network”, says Stephanie Wehner, lead author of the work, “On the other hand, quantum software developers are challenged to reduce the requirements of application protocols so they can be realized already with the more modest technological capabilities of a lower stage.” Co-author Ronald Hanson adds: “This work establishes a much-needed common language between the highly interdisciplinary field of quantum networking spanning physics, computer science and engineering.” Hanson is a member of the Quantum Nanoscience department of the Kavli Institute for Nanoscience Delft.

The first true quantum networks, allowing the end-to-end transmission of quantum bits, are expected to be realized in the coming years, heralding the dawn of a large-scale quantum internet.