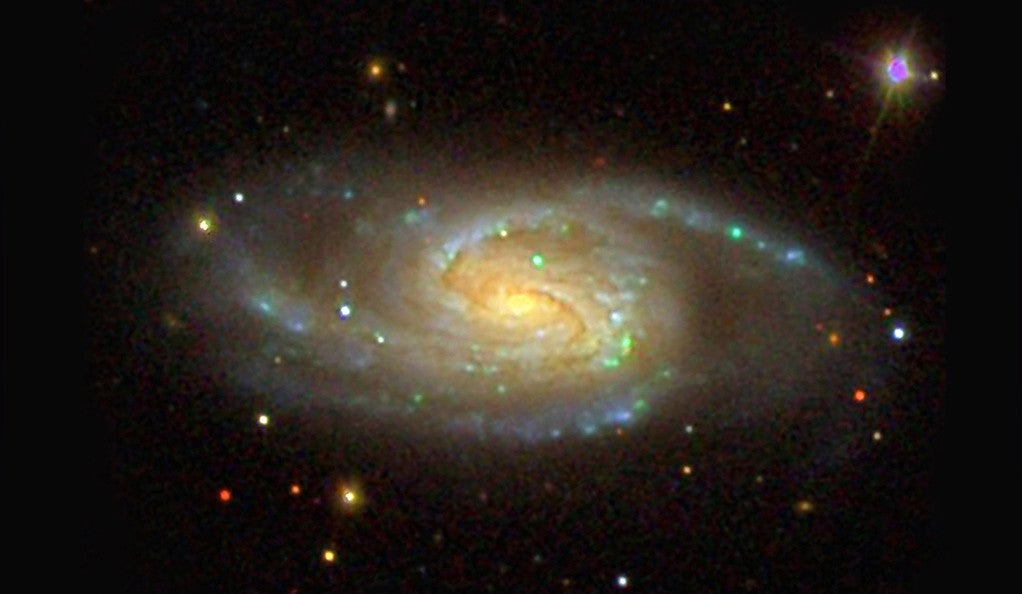 The most-studied galaxy in the universe — the Milky Way — might not be as “typical” as previously thought, according to a new study.

This is significant, according to the researchers, because many models for what we know about the universe rely on galaxies behaving in a fashion similar to the Milky Way.

“We use the Milky Way and its surroundings to study absolutely everything,” said Yale astrophysicist Marla Geha, lead author of the paper, which appears in the Astrophysical Journal. “Hundreds of studies come out every year about dark matter, cosmology, star formation, and galaxy formation, using the Milky Way as a guide. But it’s possible that the Milky Way is an outlier.”

The SAGA Survey began five years ago with a goal of studying the satellite galaxies around 100 Milky Way siblings. Thus far it has studied eight other Milky Way sibling systems, which the researchers say is too small of a sample to come to any definitive conclusions. SAGA expects to have studied 25 Milky Way siblings in the next two years.

Yet the survey already has people talking. At a recent conference where Geha presented some of SAGA’s initial findings, another researcher told her, “You’ve just thrown a monkey wrench into what we know about how small galaxies form.”

“Our work puts the Milky Way into a broader context,” said SAGA researcher Risa Wechsler, an astrophysicist at the Kavli Institute for Particle Astrophysics and Cosmology at Stanford University. “The SAGA Survey will provide a critical new understanding of galaxy formation and of the nature of dark matter.”

Wechsler, Geha, and their team said they will continue to improve the efficiency of finding satellites around Milky Way siblings. “I really want to know the answer to whether the Milky Way is unique, or totally normal,” Geha said. “By studying our siblings, we learn more about ourselves.”

Other SAGA team members are Yao-Yuan Mao of the University of Pittsburgh, Erik Tollerud from the Space Telescope Science Institute, Benjamin Weiner of the University of Arizona, Rebecca Bernstein and Yu Lu of the Carnegie Institution for Science, Ben Hoyle of the Max Planck Institute for Extraterrestrial Physics, Sebastian Marchi and Ricardo Munoz of the University of Chile, and Phil Marshall of SLAC National Accelerator Laboratory. All are co-authors of the study.

More information about SAGA can be found here: http://sagasurvey.org.