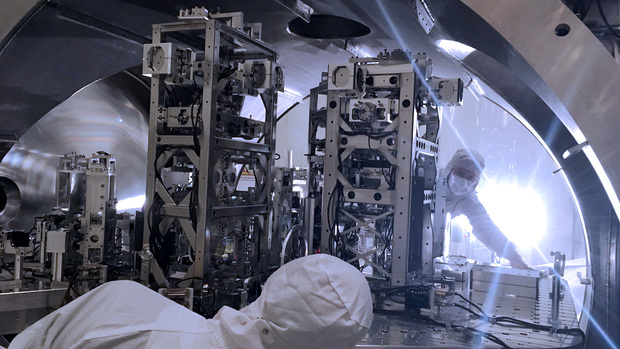 The National Science Foundation's LIGO (Laser Interferometer Gravitational-Wave Observatory) is set to resume its hunt for gravitational waves—ripples in space and time—on April 1, after receiving a series of upgrades to its lasers, mirrors, and other components. LIGO—which consists of twin detectors located in Washington and Louisiana—now has a combined increase in sensitivity of about 40 percent over its last run, which means that it can survey an even larger volume of space than before for powerful, wave-making events, such as the collisions of black holes.

Joining the search will be Virgo, the European-based gravitational-wave detector, located at the European Gravitational Observatory (EGO) in Italy, which has almost doubled its sensitivity since its last run and is also starting up April 1.

"For this third observational run, we achieved significantly greater improvements to the detectors' sensitivity than we did for the last run," says Peter Fritschel, LIGO's chief detector scientist at the Massachusetts Institute of Technology and a member of the MIT Kavli Institute (MKI) for Astrophysics and Space Research. "And with LIGO and Virgo observing together for the next year, we will surely detect many more gravitational waves from the types of sources we've seen so far. We're eager to see new events too, such as a merger of a black hole and a neutron star."

In 2015, after LIGO began observing for the first time in an upgraded program called Advanced LIGO, it soon made history by making the first direct detection of gravitational waves. The ripples traveled to Earth from a pair of colliding black holes located 1.3 billion light-years away. For this discovery, three of LIGO's key players—Caltech's Barry C. Barish, the Ronald and Maxine Linde Professor of Physics, Emeritus, and Kip S. Thorne, the Richard P. Feynman Professor of Theoretical Physics, Emeritus, along with MIT's Rainer Weiss, professor of physics, emeritus—were awarded the 2017 Nobel Prize in Physics. Thorne and Weiss also received the 2016 Kavli Prize in Astrophysics, along with the late Ronald S. Drever of Caltech.

Since then, the LIGO-Virgo detector network has uncovered nine additional black hole mergers and one explosive smashup of two neutron stars. That event, dubbed GW170817, generated not just gravitational waves but light, which was observed by dozens of telescopes in space and on the ground. 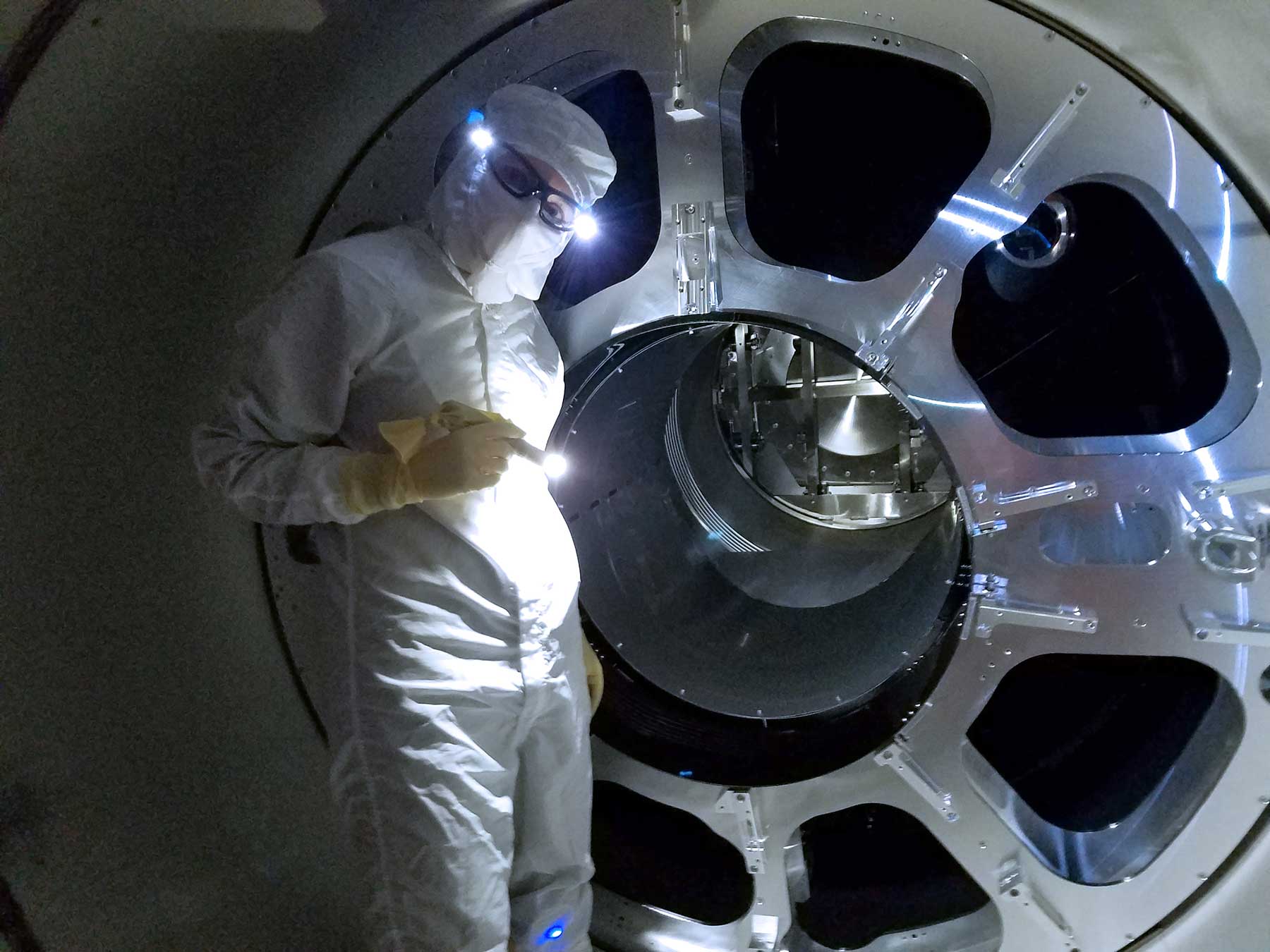 "With our three detectors now operational at a significantly improved sensitivity, the global LIGO-Virgo detector network will allow more precise triangulation of the sources of gravitational waves," says Jo van den Brand of Nikhef (the Dutch National Institute for Subatomic Physics) and VU University Amsterdam, who is the spokesperson for the Virgo collaboration. "This will be an important step toward our quest for multi-messenger astronomy."

Now, with the start of the next joint LIGO-Virgo run, the observatories are poised to detect an even greater number of black hole mergers and other extreme events, such as additional neutron-neutron star mergers or a yet-to-be-seen black hole-neutron star merger. One of the metrics the team uses for measuring increases in sensitivity is to calculate how far out they can detect neutron-neutron star mergers. In the next run, LIGO will be able to see those events out to an average of 550 million light-years away, or more than 190 million light-years farther out than before.

A key to achieving this sensitivity involves lasers. Each LIGO installation consists of two long arms that form an L shaped interferometer. Laser beams are shot from the corner of the "L" and bounced off mirrors before traveling back down the arms and recombining. When gravitational waves pass by, they stretch and squeeze space itself, making imperceptibly tiny changes to the distance the laser beams travel and thereby affecting how they recombine. For this next run, the laser power has been doubled to more precisely measure these distance changes, thereby increasing the detectors’ sensitivity to gravitational waves.

Other upgrades were made to LIGO's mirrors at both locations, with a total of five of eight mirrors being swapped out for better-performing versions.

"We had to break the fibers holding the mirrors and very carefully take out the optics and replace them," says Calum Torrie, LIGO's mechanical-optical engineering head at Caltech. "It was an enormous engineering undertaking."

This next run also includes upgrades designed to reduce levels of quantum noise. Quantum noise occurs due to random fluctuations of photons, which can lead to uncertainty in the measurements and can mask faint gravitational-wave signals. By employing a technique called "squeezing," initially developed for gravitational-wave detectors at the Australian National University, and matured and routinely used since 2010 at the GEO600 detector, researchers can shift the uncertainty in the photons around, making their amplitudes less certain and their phases, or timing, more certain. The timing of photons is what is crucial for LIGO's ability to detect gravitational waves.

Torrie says that the LIGO team has spent months commissioning all of these new systems, making sure everything is aligned and working correctly. "One of the things that is satisfying to us engineers is knowing that all of our upgrades mean that LIGO can now see farther into space to find the most extreme events in our universe."