Kavli Institute for Particle Astrophysics and Cosmology at Stanford University researcher Steve Allen has been awarded a share of the 2008 Rossi Prize by the High Energy Astrophysics Division of the American Astronomical Society (AAS). Named for the grandfather of high-energy astrophysics, the Rossi Prize is awarded annually for research that represents a major contribution to the field. Among other feats, the award's namesake, Bruno Rossi, pioneered efforts in X-ray astronomy. 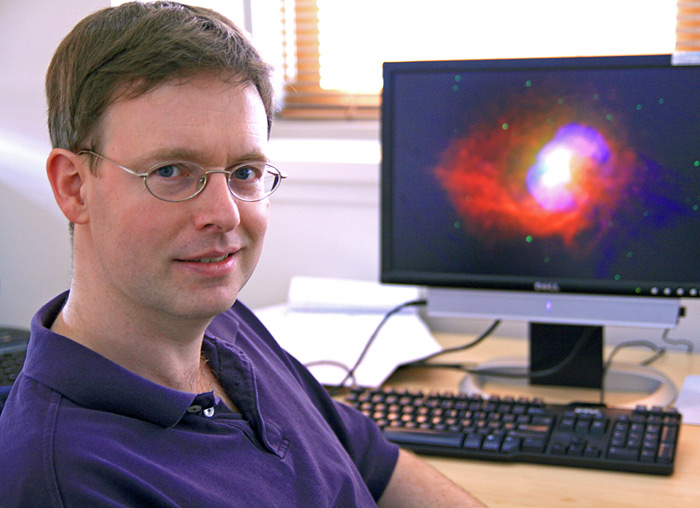 "It's an honor to receive such an award," Allen said, "and great that the work of our team has been acknowledged in this way."

X-ray observations plays a key role in Allen's research. The award recognizes the significance of his work, and that of co-recipients J. Patrick Henry of the University of Hawaii, and Maxim Markevitch and Alexey Vikhlinin of the Harvard Smithsonian Center for Astrophysics, in using galaxy clusters as cosmological probes.

"X-ray observations provide one of our most powerful ways of revealing the large-scale properties of the universe," Allen said. "We've learned a great deal in the past 10 to 15 years."

Most of the baryons in the Universe are in the form of diffuse gas, which makes viewing difficult. However, in galaxy clusters—the most massive objects in the Universe—enormous gravitational forces heat the gas to temperatures of tens of millions of degrees, causing it to shine brightly in the form of X-rays, allowing it to be observed using specialized detectors.