After festivities for his Kavli Prize in Astrophysics concluded with an Oval Office reception in November 2008, Maarten Schmidt, Caltech’s Moseley Professor of Astronomy, Emeritus, got right back to work making a difference in astronomy. He and his wife, Corrie, gave half of Schmidt’s $500,000 prize money to Caltech, establishing an endowed fund for innovative projects in astronomy. 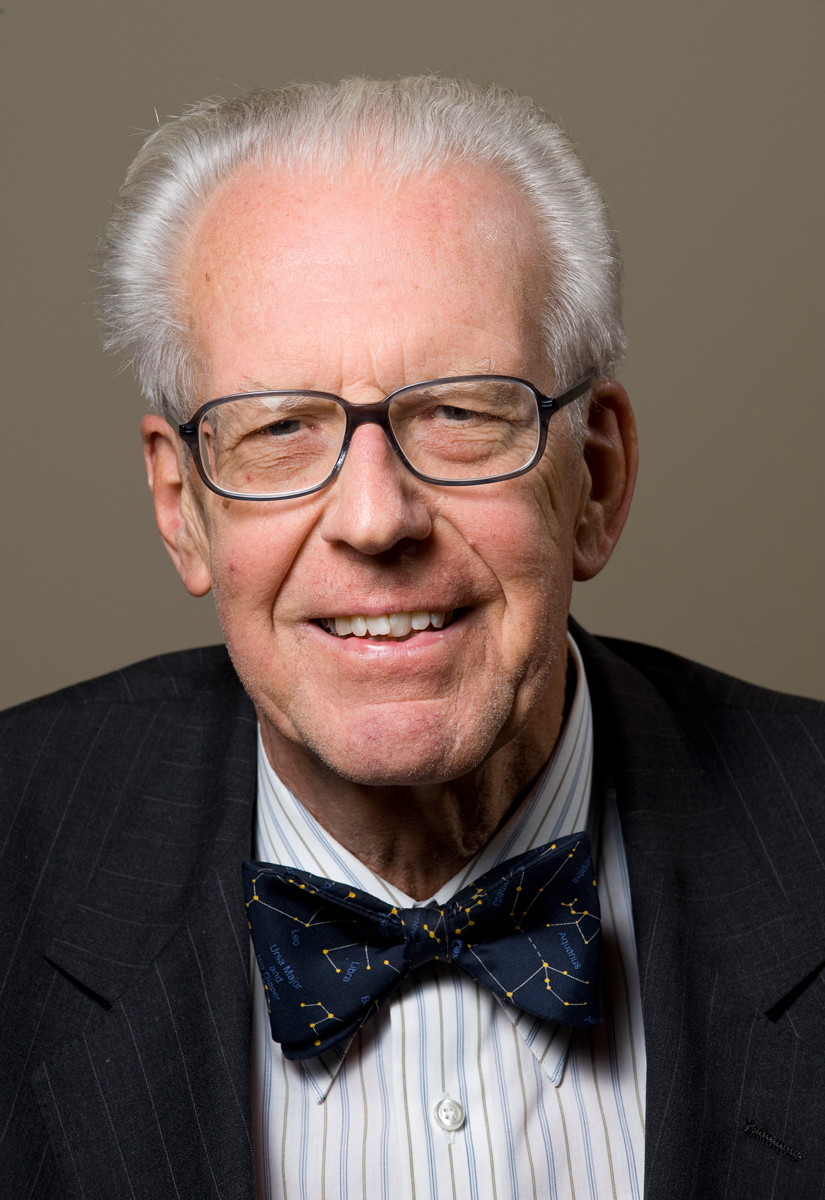 Like many other gifts invested in Caltech’s general endowment, the Maarten and Cornelia Schmidt Endowed Fund in Physics, Mathematics and Astronomy is designated to support a particular field: in this case, observational astronomy. The chair of the PMA Division will select projects for funding, with the provost reviewing each choice.

This October will mark the 50th anniversary of Schmidt’s arrival at Caltech. Just four years later, in 1963, Schmidt discovered the redshift of quasars, a breakthrough that “dramatically expanded the scale of the observable Universe and led to our present view of the violent Universe in which massive black holes play a key role,” in the words of the Kavli Astrophysics Prize Committee, which awarded its inaugural prize to Schmidt and Cambridge astronomer Donald Lynden-Bell (a Caltech postdoc from 1960 to 1962). Schmidt’s continuing investigation of quasars’ distribution and evolution has helped usher out the steady-state theory in cosmology and advance Big Bang and inflationary models.

Now, because endowment contributions are managed for use in perpetuity, the Schmidt gift will help extend Caltech’s record of major contributions to astronomy far into the future.

Awarded by the Norwegian Academy of Science and Letters, the Kavli Prizes recognize scientists for their seminal advances in astrophysics, nanoscience, and neuroscience. The prizes were founded in partnership with The Kavli Foundation, which supports 15 research institutes around the world, including Caltech’s Kavli Nanoscience Institute. The selection of recipients is independent of the foundation, and is conducted by international prize committees.

(For more on Schmidt’s discovery and the Kavli Prize, check out the recent Caltech News article “Redshift Turns Gold for Maarten Schmidt,” here. For more on the Kavli Foundation, visit www.kavlifoundation.org.)