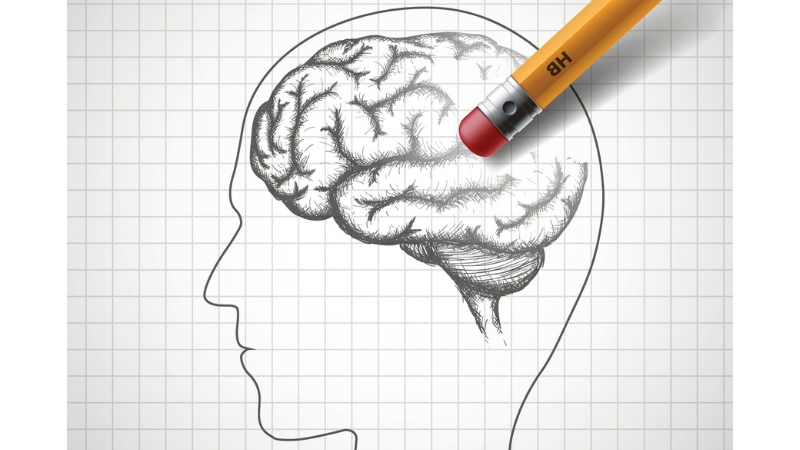 In a records review of 290 people at risk for Alzheimer’s disease, scientists at Johns Hopkins say they have identified an average level of biological and anatomical brain changes linked to Alzheimer’s disease that occur three to 10 years — some even more than 30 years — before the disease’s first recognizable symptoms appear.

“Our study suggests it may be possible to use brain imaging and spinal fluid analysis to assess risk of Alzheimer’s disease at least 10 years or more before the most common symptoms, such as mild cognitive impairment, occur,” says Laurent Younes, Ph.D., professor and chair of the Department of Applied Mathematics and Statistics at The Johns Hopkins University. A report of their findings was published online April 2 in Frontiers in Aging Neuroscience.

Younes cautions that brain changes vary widely in people, and that their research findings reflect an average level of such changes in a small group of research subjects. As a result, he says, the scientists cannot yet use them to draw any precise conclusions about brain changes in individual people. Nor, they say, are there any drug or other interventions yet known to slow or stop the disease process even if risk is identified early. But the work, he adds, could lead eventually to a test to determine an individual’s relative risk for Alzheimer’s disease and to guide the use of treatments when and if they are developed.

For the study, the scientists reviewed medical records collected from 290 people age 40 and older by the National Institutes of Health and the Johns Hopkins University School of Medicine as part of the BIOCARD project, an effort to develop predictors of cognitive decline. It is currently directed by Johns Hopkins neurologist Marilyn Albert, Ph.D.

Most of the 290 people had at least one first degree relative with dementia of the Alzheimer’s disease type, putting them at higher than usual risk.

As part of the BIOCARD studies, scientists collected cerebrospinal fluid and performed MRI brain scans of study participants every two years between 1995 and 2005. They also conducted five standard tests of memory, learning, reading and attention annually from 1995 to 2013.

Because all 290 participants were cognitively normal when the study began, the scientists were able to track various biological and clinical features associated with Alzheimer’s disease in the years leading up to the appearance of symptoms. By the time of their last appointment with the BIOCARD project, 209 study participants remained cognitively normal, and 81 were diagnosed with mild cognitive impairment or dementia due to Alzheimer’s disease.

In the 81 people who developed cognitive problems or dementia, the Johns Hopkins team found subtle changes in cognitive test scores 11 to 15 years before the onset of clear cognitive impairment. They also found increases in the rate of change of a protein called Tau, which has long been considered a marker of Alzheimer’s disease, in cerebrospinal fluid an average of 34.4 years (for t-tau, or total Tau) and 13 years (for a modified version called p-tau) before the beginning of cognitive impairment.

In addition, the scientists detected slight decreases in the rate of change of the size of the medial temporal lobe, an area of the brain responsible for memory, between three and nine years before cognitive impairment was apparent.

To find common patterns among the huge variations in brain anatomy among the MRI images of the study participants, Johns Hopkins biomedical engineering director Michael I. Miller, Ph.D., and the team used computer-based algorithms to assign numbers to brain anatomy. They then tracked the study participants’ brain anatomies over time to find changes in the numeric patterns consistent with cognitive impairment. Miller and Younes are members of the Kavli Neuroscience Discovery Institute (Kavli NDI) at John Hopkins.

In another study described online in December 2018, Miller’s team used the same computational methods from the current study to find that people who have mild cognitive impairment have tissue shrinkage in an area within the medial temporal lobe of the brain, called the transentorhinal cortex.

“Several biochemical and anatomic measures can be seen changing up to a decade or more before the onset of clinical symptoms,” says Miller, the Bessie Darling Massey Professor and Director of the Department of Biomedical Engineering and Co-director of Kavli NDI at The Johns Hopkins University. “The goal is to find the right combination of markers that indicate increased risk for cognitive impairment, and to use that tool to guide eventual interventions to help stave it off.”

More than 5 million people in the U.S. above age 65 have Alzheimer’s disease, the most common cause of dementia among this population. It is marked by progressive worsening of memory and thinking skills. The BIOCARD project, funded by the National Institutes of Health’s National Institute on Aging, is managed by the Johns Hopkins Alzheimer’s Disease Research Center.

Other scientists who conducted the research include Abhay Moghekar, Anja Soldan and Corinne Pettigrew from Johns Hopkins.